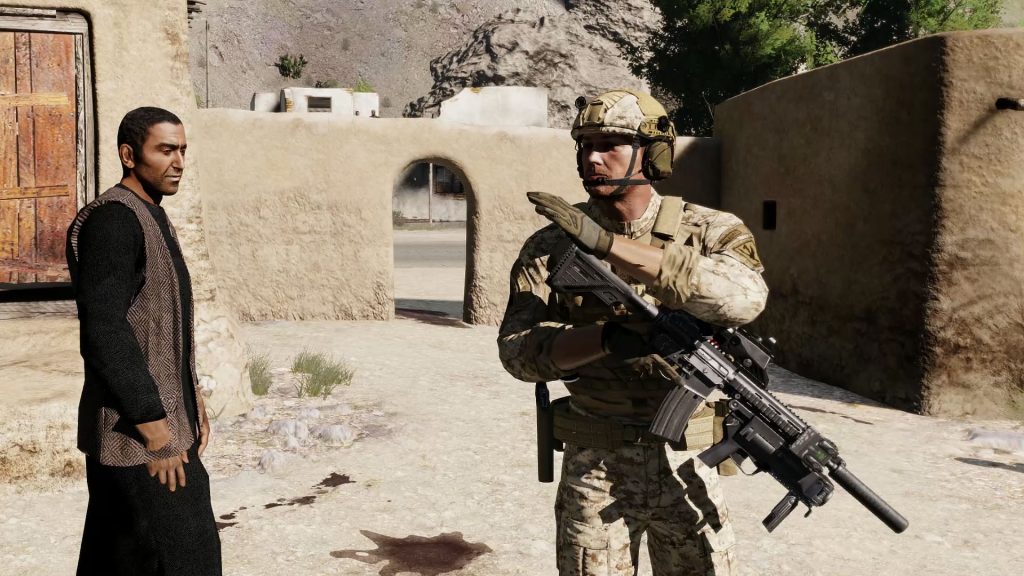 But is it really ‘Just a game’?

The group sets certain in-game standards to create an immersive world for the unit and deliver the style and quality of gameplay the group was created for. Some of the following standards are relaxed for casual gameplay on the 1AA server.

1st Air Assault is either on deployment, filling military needs for NATO Member Nations as ordered or training. Deployments can last two or three months. Deployments consist of an in-game storyline with any outcome decided by the success or failure of 1st Air Assault. Training is completed within the Area of Operations.

In between deployments, the group trains and conducts live-fire missions at its headquarters located on Hebontes.

The following standards are applied to player’s views to create a realistic gaming environment;

While the respawning of players and equipment will be mission dependent, the following are 1AA’s guidelines;